Just when we thought it was all going to plan……….the worst flood in ‘yonks’ hits Port Macquarie in late March 2021. Our safe harbour at the Port Marina became a target for just about anything swept down river in the flood waters. Trees, shrubs, pallets, chairs…….and the fateful pontoon (from someone’s riverside residence) that decided to head straight for Seawindow and put a sizable dent in her side. Decisive action by some of the Marina folk, towing the pontoon away and tying it up in West Port Park prevented any further damage. That was the beginning of a 4-day/3-night vigil on board fending off various forms of torpedoes in the very swift current. 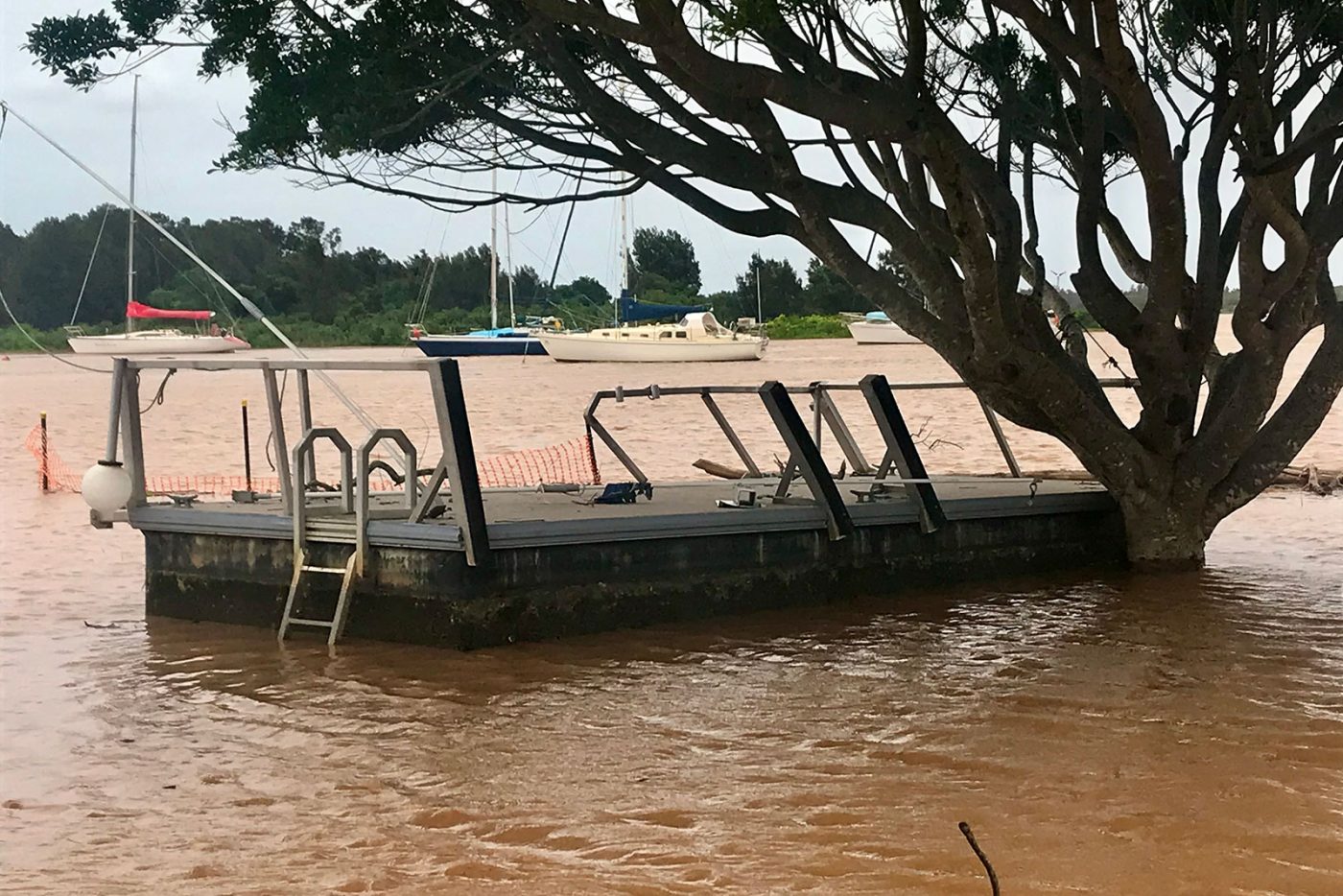 Being Marine Rescue members and with the MR Boatshed flooded, Seawindow also became a makeshift base camp for the 24-hour rotating crews in between their rescue missions. 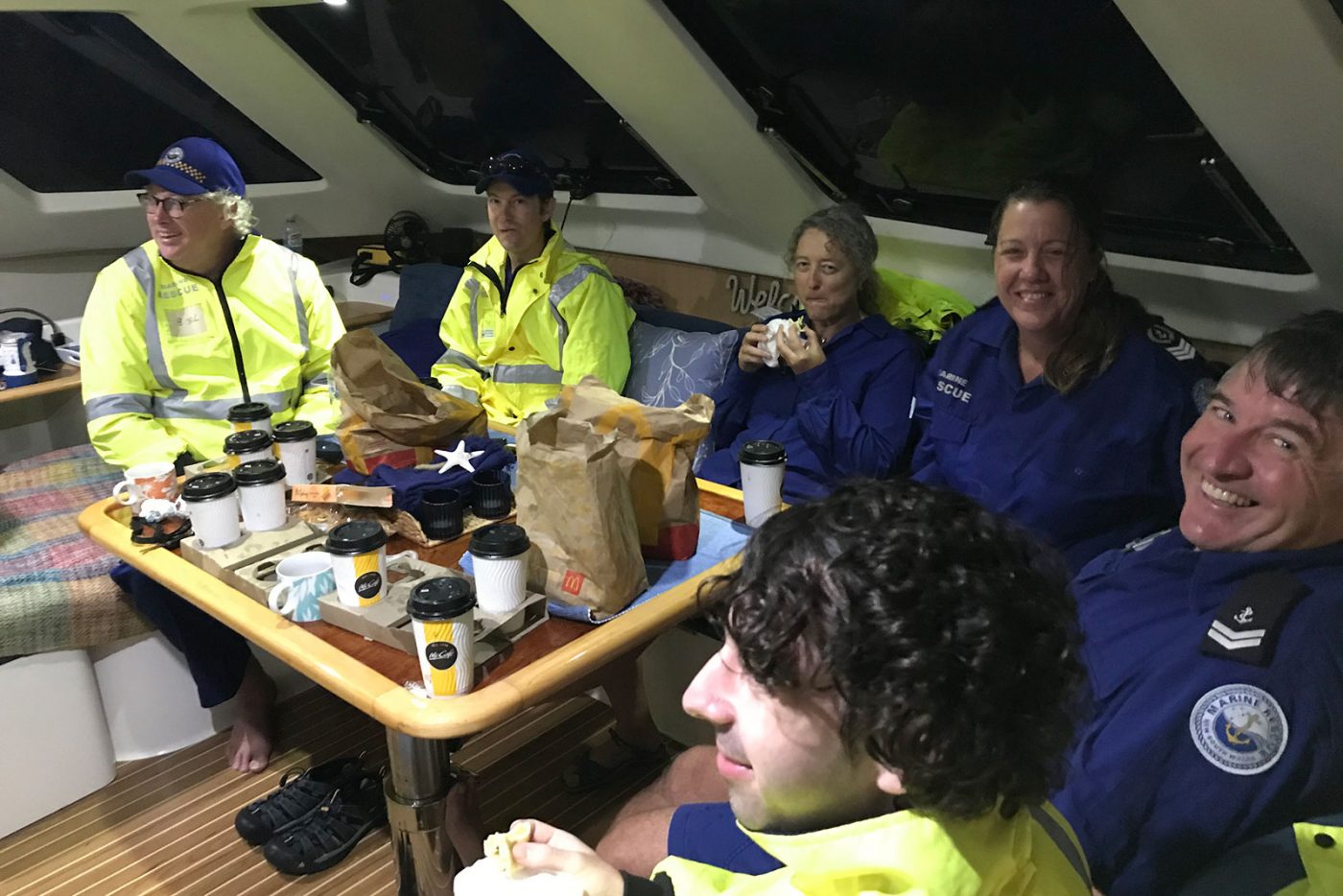 Then there was the cleanup! Thankfully the tides carried most of the flotsam out of the marina and away from the boats – but I would not like to think of the cubic metres of it that we pushed out with boat hooks and bamboo poles.

Seawindow was quickly put on the slipway and temporary repairs made. Back in the water but non-operational as parts were ordered for the damaged Saildrives.

Final repairs were undertaken the last week of April 2021 and she is good to go again…………….phew! 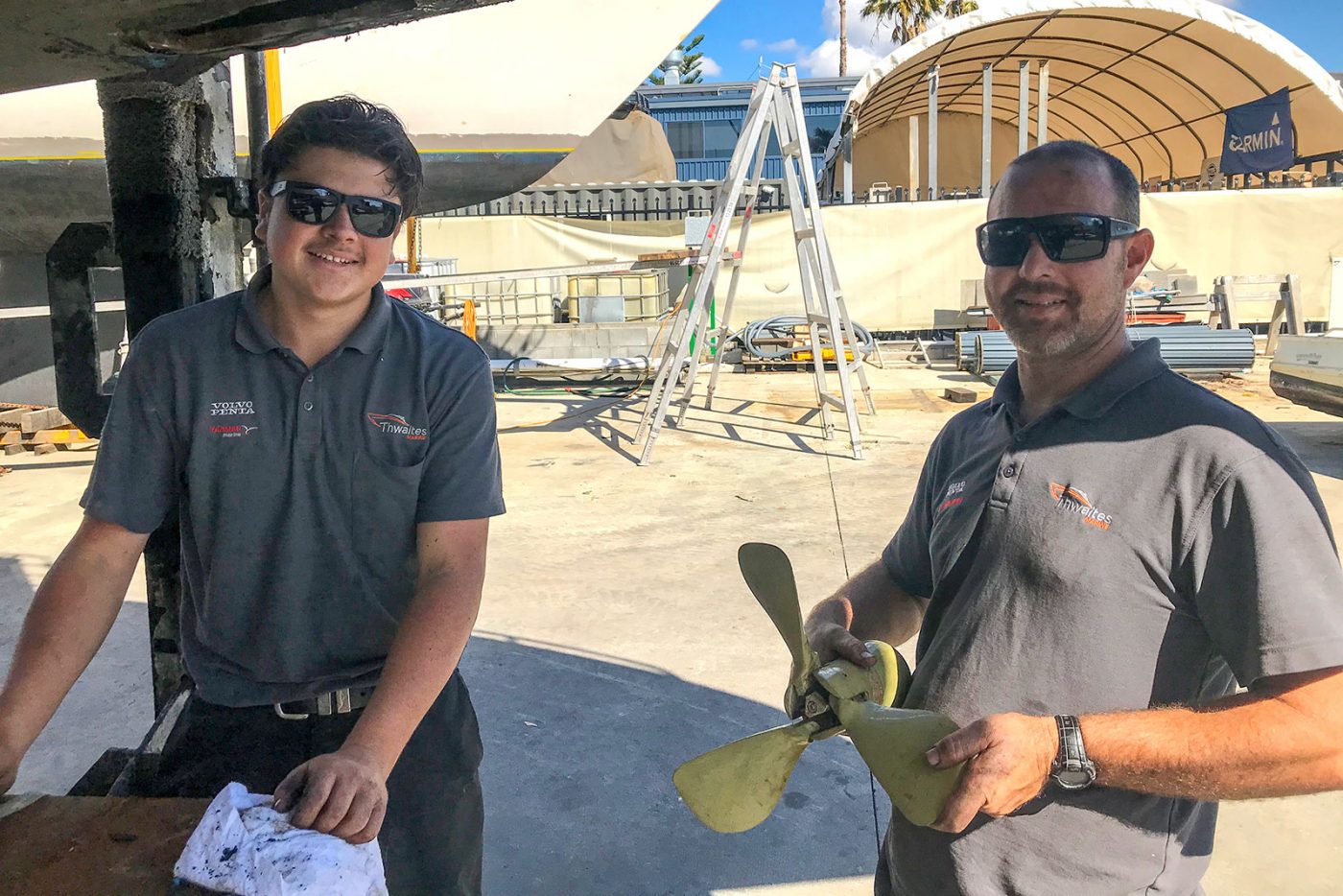